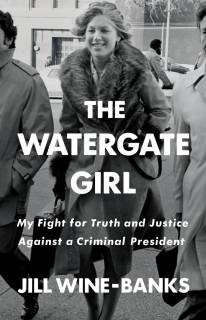 Ответить
marcia
marcia
RE: marcia - Новые книги...
A Cage With­out Bars
Anne Dublin
In 1492, Queen Isabella and King Ferdinand of Spain signed the Edict of Expulsion, giving all Jews three months to leave the country. In the aftermath, twelve-year-old Joseph escapes to Lisbon, Portugal with his parents and younger sister, Gracia. After only eight months of safety, Joseph and Gracia, along with hundreds of other Jewish children, are kidnapped from the port in Lisbon and put on a ship. They then make a dangerous journey to the island of São Tomé, off the coast of West Africa.

Ответов: 1
marcia
marcia
RE: marcia - Новая книга...
'I Love You, But I Hate Your Politics,' - Jeanne Safer, Ph. D
https://www.msnbc.com/morning-joe/watch/-don-t-drink-and-talk-politics-rules-for-mending-relationships-62089285808
Author and psychotherapist Jeanne Safer joins Morning Joe to discuss her new book 'I Love You, But I Hate Your Politics,' which she considers a comprehensive guide to mending relationships that have been strained by political differences.
June 17, 2019
Safer has a BA degree in Philosophical Psychology from the University of Chicago and a PhD in Psychology from the New School for Social Research. Safer is also a Diplomate in Clinical Psychology, American Board of Professional Psychology. She has lived and worked in New York City since 1969.
Safer and her husband, historian and political journalist Richard Brookhiser, have written together for The Washington Post, appeared on CNN, and were profiled in Life Magazine and The New York Times about the pleasures and perils of their politically mixed marriage. They were the subjects of a segment on "The Daily Show" on "Inter-party Dating" in 2015.
Ответить
marcia
marcia
RE: marcia - Новая книга...
Завтра беседу будут повторять, смотрите pbs
Ответить